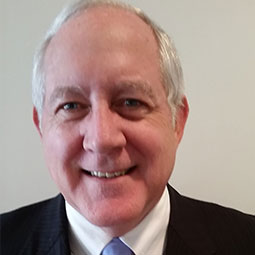 Many space projects either use hardware radios, which cannot be modified once deployed, or software-defined radios (SDRs) with an architecture that depends on the radio provider and involves significant effort to add new applications. Software-based SDRs enable advanced operations that reduce mission life-cycle costs for space or ground platforms.

Object Management Group (OMG) members just released a beta version of the Space Telecommunications Interface (STI) specification, which establishes an open architecture specification for space and ground SDRs and is based upon OMG’s Systems Modeling Language (SysML). The architecture enables the reuse of applications across heterogeneous SDR platforms, reducing dependence on a single vendor or platform type and assists in the development of software-defined, reconfigurable technology to meet future space communications and navigation system needs.

SysML is the DoD Digital Engineer’s Model Based Systems Engineering (MBSE) model of choice. MBSE is legislated by Congress through the National Defense Authorization Act (NDAA) of 2017 to ensure a Modular Open Systems Approach (MOSA) is incorporated on all new DoD programs.  OMG released SysML in 2007 and has been spiral developing it towards a 2.0 version.

STI’s heritage dates to the commercial SCA standard that was developed by the DoD’s Joint Tactical Radio Systems (JTRS) in 2002 and is now managed by DoD’s Joint Tactical Network Center (JTNC).  The SCA version 4.1, approved by JTNC in 2016 is being used today by government and industry for terrestrial SDRs.   NASA Glenn Research Center (GRC) studied the SCA specification between 2004 – 2009 and then modified it based on recommended enhancements and needs to support space communications.  Those changes became known as the STRS.  The STRS was flight proven on the Space Communications and Navigation (SCaN) Testbed, from 2012 – 2019 on the International Space Station (ISS).  In 2018, NASA GRC’s SCaN Program was recognized at the 2018 National Space Symposium for its key work and advancements utilizing STRS.

The SCaN Testbed had three unique SDRs provided by government and industry partners that were compliant with the STRS standard. The SCaN Testbed (STB) led groundbreaking efforts to champion use of SDRs for space communications.  The STB’s accomplishments have increased the trust that missions place in SDR technology and the STRS standard.  Various companies contributed to STRS and the STB by developing nine STRS-compliant reusable SDR waveform components, which increase the reliability of SDRs, while decreasing the development time and cost.  It also contributed to the STRS repository, which allows for future missions to seamlessly reuse prior software developments and investments. The STRS became a NASA standard, and commercial companies are now using STRS radios and applications in their commercial spacecraft.  The STRS provided 90% of the basis of STI and has been ported for future optical laser communications.

NASA GRC continues to infuse STRS/STI to CubeSat form factor SDRs initiated through the Cognitive Communications CubeSat Project. The STRS/STI was ported to the AstroSDRs, a modern form factor CubeSat radio and the STRS/STI OE was integrated on an embedded ARM processor. NASA GRC has also ported the Core Flight Service (cFS) + STRS application to a CesiumAstro Single Board Computer running on Cesium ARMv8 (64-bit ARM) board.

The cFS is a platform and project independent reusable software framework that is used on a number of NASA flight projects and embedded software systems. The cFS is used across NASA for flight software and now STRS is an application under that system.  As a part of the CFS testing, NASA captured initial metrics:  The cFS-STRS was reused with no platform-specific changes, 8.3K + 1.6K SLOC were reused with only ~100 SLOC was added for cFS platform configuration/building.  More metrics will be available in coming months and SysML will provide further savings to the development cycle.

Working to Finalize the Specification

OMG’s Secure Networking Communications Working Group (WG) completed their evaluation of NASA’s submission of the STI submittal.  The submittal was coordinated between NASA GRC and nContext, a division of Sierra Nevada Corporation, located at the Multi-Agency Collaboration Environment (MACE) Fusion Center in Herndon, VA.  The WG’s review was approved by OMG’s Middleware and Related Services Task Force and OMG’s Architecture Board for finalization.  The standard is now being finalized for formal release, expected at the end of 2021. During finalization, a beta version is freely available to the public to use, evaluate, and provide feedback to assist in the finalization process. Once the finalization process is completed by the OMG STI 1.0 Finalization Task Force, the STI specification will be freely available from OMG, as are all OMG standard specifications, at no cost.

NASA GRC plans to release a reference implementation of the STI specification within this year and will make it available for public release.

Great information, thanks for sharing.